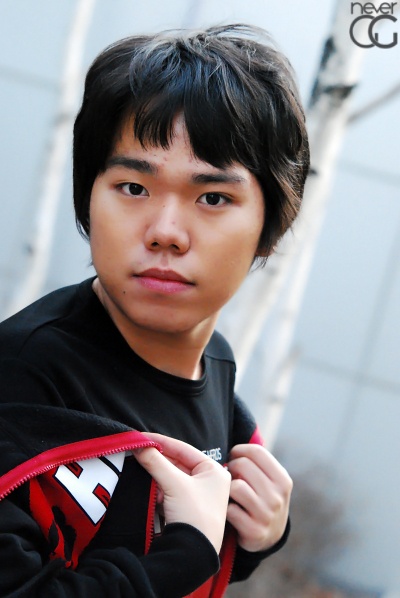 Yum "Sea" Bo Sung is a StarCraft progamer from South Korea who played Terran for Team 8. He currently plays in amateur leagues.

In the latter half of 2005, Yum Bo Sung played in various Survivor League tournaments but never managed to strike it big. Once Bo Sung focused his attention on the K-SWISS ODT, he defeated GGPlay and then Reach, earning for himself the right to fight for the 4th seed into the 2006 Shinhan Bank OSL Season 1. Defeating Chojja, YellOw, and then Nal_rA earned the 4th seed for Bo Sung. In addition to this achievement he was noted for two things in particular. First, his age; he was only 16 years old and significantly younger than any progamer before him who was able to achieve something of this magnitude. This earned him extra recognition from both Team Liquid and Korean fans alike.[citation needed] Second, he became known as the "KTF Killer" for defeating four of the most prominent faces of KTF in quick succession.

The hype surrounding this young Terran prodigy increased as he stormed his OSL group 3-0; defeating Goodfriend, another member of KTF, along the way. Then, in what remained an impressive showing, he lost 1-2 to the up-and-comer YellOw(ArnC) at the round of 16. Just as the hype began to cool off, Bo Sung rocked the progaming world with a particularly daring build against BoxeR in the finals of the first season of the 2006 Proleague on 815. Bo Sung was hailed as a master and gained much respect from all areas of the StarCraft community for this feat.[citation needed]

Bo Sung followed up his Shinhan 1 OSL success by qualifying for Shinhan 2 OSL through the i-Station Dual Tournament. Once again, Bo Sung destroyed his group 3-0 using what would become his trademark super-aggressive play, demonstrated most noticeably with his demolition of Canata. Once again, Bo Sung was stopped in the round of 16 by a Zerg: GoRush.

Lim Yo Hwan stated that the most promising player for Terran is in his opinion Bo Sung:

Over the next two years, which Terran, Protoss, and Zerg players will be the best? BoxeR: ...and for Terran (and this is to encourage him to make more of an effort), Yum Bo-Sung.[1]

Bo Sung did not stop. He clenched the final set in the Proleague grand final against SKT against GoRush to secure victory for his team MBCGame Hero. In addition to this, he was large factor in the team winning the second KeSPA cup as well. Bo Sung continued his Proleague dominance through 2007, sporting stats of 15-5; an incredible win-loss ratio for any progamer.

Bo Sung was denied entry into Daum OSL by Reach in an epic struggle on Hitchhiker. However, he made it to the MSL, going 2-1 in the group stages. Bo Sung was then for the third time cut down by GoRush once again, this time in the round of 8. Due to Oversky leaving for the army, Bo Sung was able to try for a spot in the MSL in the wildcard tournament. After a crushing victory over iloveoov, he took a build order loss to XellOs. To this day, Bo Sung has maintained a high win rate against KTF players sporting stats of 10-1.[2]

In the fall of 2008, Sea entered a severe slump, performing quite poorly in Proleague and failing to qualify for the Ro36 of the Bacchus OSL 2009. Despite much success in Proleague and other team leagues, in individual leagues, Sea has never reached past the Ro8 in a Starleague or MSL to date.

Sea is one of the most popular streaming broadcast jockeys, or BJs, on Afreeca, playing on the Fish server.[3]