This article refers to the Protoss unit. For the progamer with the same name, see Shuttle_(Player). 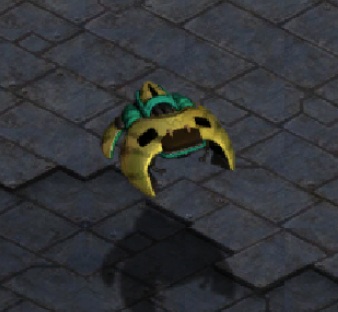 The Shuttle is the Protoss's transport unit. It is slow at first, but its speed can be upgraded at the Robotics Support Bay, and with this upgrade it becomes one of the fastest units in the game, although trailing the Corsair and the speed upgraded Scout. A Shuttle can be moved back and forth while dropping so that it does not lose acceleration, and then it can make a quick getaway if necessary. Losing a Shuttle can be very dangerous, as it usually means also losing the units being transported, potentially wasting a large amount of resources. When using patrol move, rather than just moving towards the enemy, the Shuttle will flee from enemies if it is attacked. This is especially helpful against Turrets. Shuttles cannot load merging Archons.

Against Zerg, the Shuttle is used for the purpose of harassment. Whether it is for Dark Templars, High Templars or Reavers, the Shuttle is essential for the mobility it gives to the Protoss. Sometimes 4 Zealots are dropped from the Shuttle into a Zerg base with the intent of destroying either a Hatchery or a tech building.

During the late game it can still be used for harassment, but is less effective due to Zerg having Scourge and static defense by their expansions. Dropping High Templar to Storm mineral lines however, is still an effective tactic.

Shuttles in PvT can range from anything from Zealot Bombs to Reaver Harassing. Their mobility helps move units quickly around the map and establishes map control early on. The Dark Templar drop has also been known as being very deadly in the early game. Shuttles are also used to protect High Templars from getting sniped by Vultures and sheltering them from a Science Vessel's EMP.

When placed in a Shuttle, the slow Reaver becomes a powerful weapon of harassment. Often two Reavers are placed inside a Shuttle to accompany a Dragoon army. This strategy loses effectiveness as the opponent begins to utilize High Templar with Psionic Storm. Sometimes a Shuttle is used to drop Dark Templar into the opponent's main base early in the game.