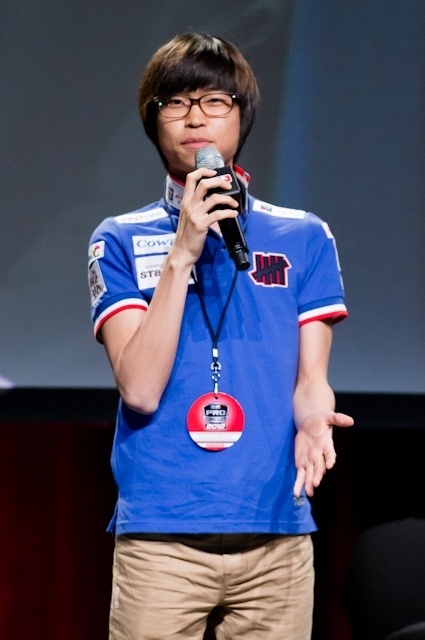 He played Zerg in StarCraft II for TCM-Gaming. Soulkey currently streams on Afreeca, having started in October 2016.[1]

In 2010, Soulkey gained notoriety fast: He achieved an impressive streak of wins in the KeSPA Dream League 09–10, with a total record of 13–4.[2] The more important achievement happened in the 3rd vs. 4th Winners League Play-Off match against STX SouL: After MVP had lost to Kal, he was sent as the 2nd player and managed to performed an All-Kill, beating Kal, Modesty, hero, and Calm in turn. In the next Play-Off match against MBCGame HERO (which the Stars lost 3–4), he was sent out at the starter, but lost to Light.

Soulkey's first rival is the hite Entus player Snow. Both emerged at about the same time during Dreamleague, went on to take major roles in their respective teams, and faced off several times against each other. The latest showdown will be at the qualifier for the 2010 Bacchus OSL where they are facing off in the Ro36. The head to head record is 5-1 in favor of Snow though.