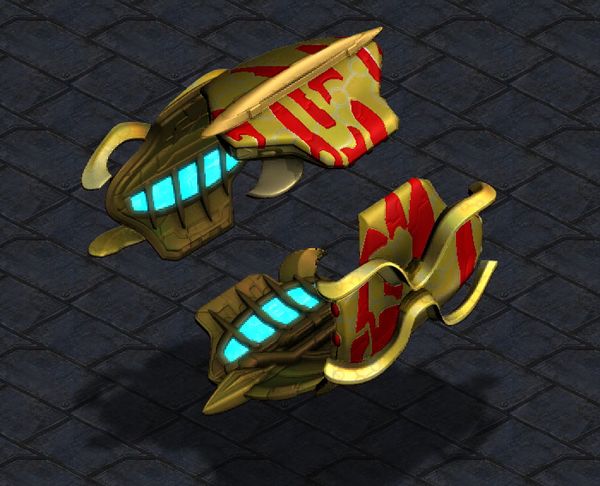 The Stargate is a building warped in by Protoss for the main purpose of producing most of the air units in the Protoss arsenal. These units include the Corsair, Arbiter, and Carrier. The Stargate is powered by the Pylon Psionic Matrix.

The Stargate is analogous to the Terran Starport in that it features no research upgrades, but produces various air units. The Stargate's Plasma Shield may be upgraded at the Forge.

Stargates are common in most match-ups, particularly the PvZ and PvT strategies. It is common to build multiple Stargates to maximize unit production, as dictated by the Protoss player's desired strategy.

In the PvZ match-up, the Stargate is often built relatively early on as part of the popular Fast Expand build order. This approach calls for a direct tech path to Corsairs, which has revolutionized the modern PvZ match-up. On occasion, in late game situations where the Protoss has sufficient resources, the player may opt for an army of upgraded Scouts, which are quite effective against most Zerg units.

In the PvT match-up, the Protoss often builds the Stargate by the mid game to produce Arbiters, which support and cloak the Protoss player's ground troops. Later on, the Arbiter also may make use of its Recall ability. In the late game, it is also common for the Protoss player to produce Carriers to counter the Terran opponent's strong ground troops. In the rarely used PvT Stove strategy, which involves a variety of tech units to surprise and harass the Terran]opponent, the Stargate serves a vital purpose in producing Scouts.