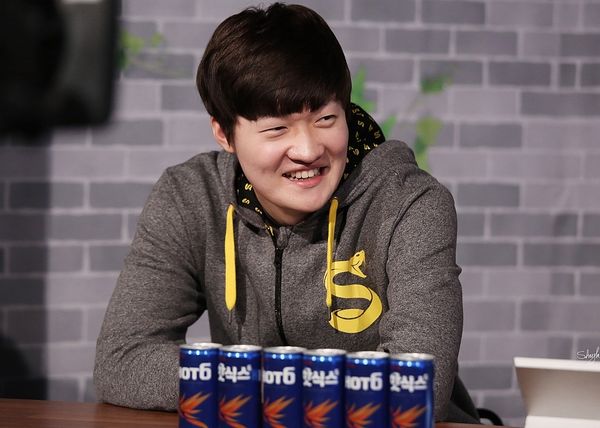 He currently plays Protoss in StarCraft II for Afreeca Freecs.

Stats first began playing StarCraft seriously in the eighth grade after having watched Reach play on televised matches. He has stated that he chose Protoss because he was inspired by Reach's play.

Stats played rarely in Round 1 of the 09-10 Proleague, with KT Rolster opting to play Violet in a majority of matches. He did play three games though, and finished with stats of 1 win and 2 losses. He managed to qualify for the 2009 NATE MSL. He was placed in a group with Jaedong, Crazy-Hydra and July. While many expected him to lose to July and Jaedong and get eliminated, he shocked many fans by defeating July twice, qualifying 2-1 behind Jaedong. He was due to play JangBi in the Round of 16. JangBi removed Ultimatum from the map pool for their encounter. Playing in a split-day Best of 3, Stats dropped the first game after his DT Rush was unluckily disadvantaged against JangBi's Proxy DTs. With a closer Gateway, JangBi managed to sneak a DT through the cannon line dealing enough damage and giving JangBi the win. However, in the following two game's JangBi's sloppy play was easily defended by Stats with JangBi losing more units that necessary. Stats stuck with his solid play and won the series 2-1. Stats moved on to face Jaedong but lost 0-3 in a series that was described as one-sided.

Stats improved markedly in 2010 and claimed the second most wins for KT in rounds 4 and 5 of the 09-10 Proleague, replacing an inconsistent Violet as the team's main Protoss. He contributed to KT's victory over SK Telecom T1 in the Proleague Grand Finals by defeating Bisu. During this period, Stats also advanced to the ro16 of the Bigfile MSL, where he lost 1-2 to Calm.

Stats had a chin reduction in late August of 2011. The reason for the surgery was because Stats's chin kept him from closing his mouth properly. The surgery was a success and has not seemed to affect his play at all with his strong showing thus far during the SK Planet Pro League.[1] Despite the plastic surgery, his fans still lovingly refer to him as Chin-toss.

Stats is a well rounded macro player who relies on his solid unit control and game sense. He neither excels at nor neglects a match-up, maintaining positive winning rates in all three.

Stats is affectionately known as the Chintoss among the foreigner community.