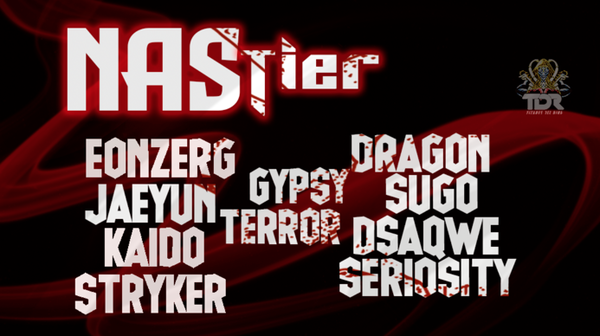 NAS Tour for Internal Evaluation Rankings (NAStier) is a tournament to find out who is the best among current and former members of NaS.

$101 USD in donations are available via Matcherino.