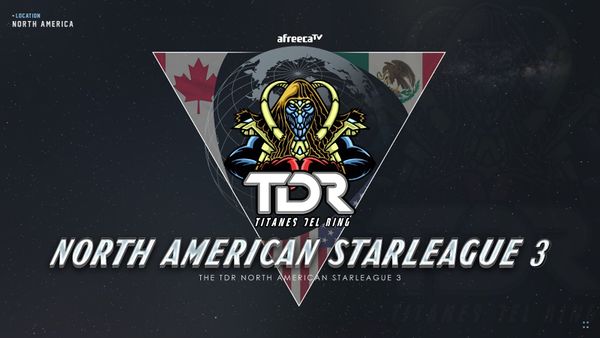 TDR North American Starleague 3 (NASL3) is an online league of StarCraft consisting of only North American players. It will start on May 23, 2020 and end on July 18, 2020.

1 Nyoken will not participate for personal reasons. Ro8 finishers from last season will play in Bo2 round robin format. Winner takes Nyoken's spot in the Round of 16.
2 Hawk gets his place through the TDR North American Starleague 3 wildcard qualifiers.

$1000 USD in donations are available via Matcherino.