TaekBangLeeSsang, or 택뱅리쌍, is a common Korean name for the four progamers Bisu, Stork, Jaedong and Flash. The term is an amalgamation of their names:

In the period after the end of sAviOr's dominance when he lost to Bisu in the 2006-7 GomTV MSL S1, these four emerged roughly at the same time to become the most consistent top progamers. They are often considered to be the most skilled players of their respective races, although they have had individual streaks and slumps in their careers. Each has found it difficult to assert a complete grip on the Brood War scene due to the high skill of the other three. The Bisu-Stork and Flash-Jaedong rivalries are often considered more prevalent, so the terms TaekBang and LeeSsang are also seen.

The extent of the TaekBangLeeSsang's dominance can be visualized in the below chart, where the four stood atop the KeSPA rankings for almost four years: 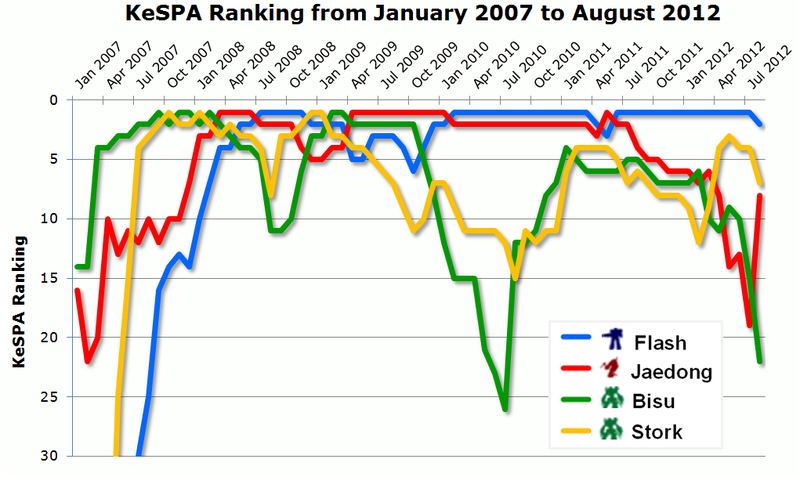