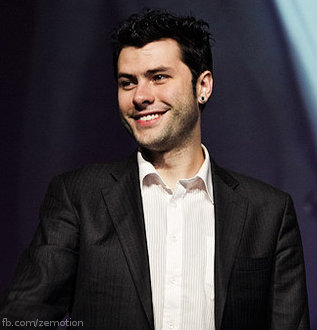 Being a notable foreign StarCraft player, Nick managed to qualify for the 2005 USA WCG Finals, beating out future progamer Tyler "NonY" Wasieleski in one of the qualifiers. He caught a bad break and had to play his brother, and practice partner, Sean "Day[9]" Plott in the first round. He lost. Since the bracket was single-elimination, Tasteless found himself with nothing to do, but noticed that the official caster lacked experience with the details of StarCraft. Nick approached the staff and asked if he could help with the casting. After overcoming the first wave of hesitation from the staff, he was allowed to cast the games. The staff of WCG USA thought he did such a good job that they offered him to cast from the WCG Grand Finals, which he accepted.

Nick's success continued during the grand finals and after the tournament he was approached by representatives from GOM TV, who was just starting their own Starleague in South Korea, offering him a job as a caster in South Korea. Nick decided to go, despite only having one term left on his college education.

He casted all three seasons of GOM TV Classic, the second season with Susan "lilsusie" Kim and the third season with Daniel "SuperDanielMan" Lee, before GOM TV clashed with KeSPA and a few teams, killing the league. After the end of the GOM TV Classic, Tasteless decided to stay in South Korea and continue his path as a professional StarCraft caster. Thanks to his friendship with Dan "Artosis" Stemkoski, and his connection within the proscene, they started commentating games together--most notably the WCG 2009 in China, where the StarCraft grand finals drew a crowd previously only seen in South Korea.

In the end of 2009 and early 2010 the duo once again came together, neatly named "The Casting Archon", for the 2009 Pokerstrategy.com TSL.

He and Artosis are now the official English-speaking casters for the AfreecaTV Global StarCraft II League.