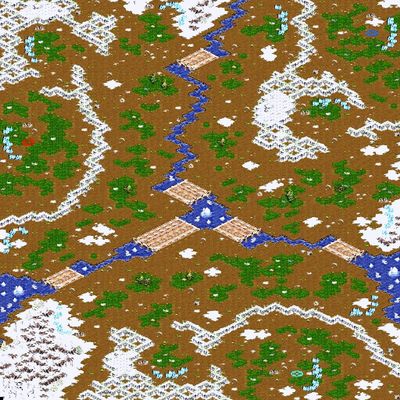 Tau Cross made its debut in 2006 SKY Proleague and the 2006 Shinhan Bank OSL Season 2. It quickly became one of the most popular maps played due to its simplicity and macro focused game play. Tau Cross was also a Courage map. It remained popular long after it was discontinued from Progaming use. Tau Cross was brought back for the 2009 Shinhan Bank Winners League and following GOMTV's policy of using only Proleague maps also subsequently used in the 2009 GOMTV Averatec-Intel Classic Season 3. The World Cyber Games also used Tau Cross for their Grand Final in Cologne in 2008.