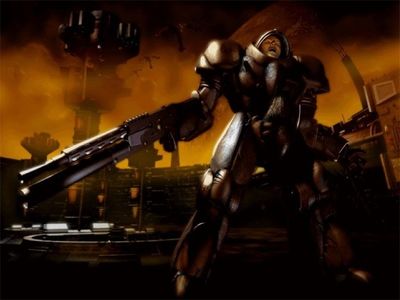 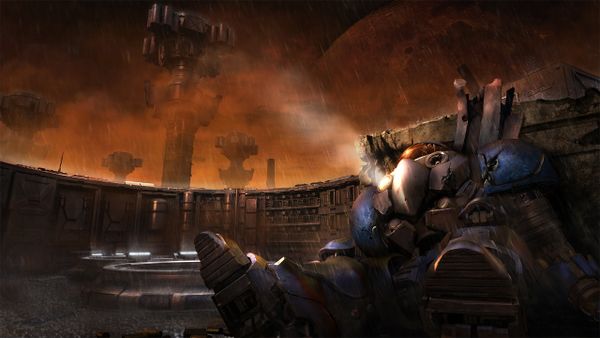 The Terrans are relative newcomers to the Koprulu sector. They are the descendents of a disastrous colonization expedition launched from Earth centuries ago. Its human cargo made up of dissidents and malcontents the ruling Earth government deemed expendable. The survivors of the expedition established three colonies that became the basis for the major power blocs in Terran space: the Confederacy, the Kel-Morian Combine, and the Umojan Protectorate. The corrupt Confederacy was overthrown by terrorist and revolutionary Arcturus Mengsk during the chaos of the Zerg invasion. Now the Terran Dominion has emerged from the ashes of the old Confederacy as the dominant power, ruled by none other than Emperor Arcturus I.

Forced to adapt to a harsh existence on the mostly lifeless worlds along the Galactic Rim, the Terrans are masters of survival. Possessing neither the advanced technology of the Protoss nor the natural prowess of the Zerg, their military consists of a varied mix of units. From the effective, yet expendable, Marine conscripts to the highly trained Wraith pilots, the Terrans are a tenacious lot who are quite unwilling to concede their territory. Despite the setbacks this young species has suffered, the Terrans have managed to spread from world to world, fully believing that they can stand against any opposition.

Terran units vary wildly and have high potential cost-efficiency, which is in line with their reputation as the most adaptable race. Depending on what the Terran goes for their armies have different properties. Terran tends to rely on their cost-efficiency to "turtle up" on a few bases or only one base fending off enemy attacks with the least disruption to their game plan possible until they can move out with powerful armies that have incredible combined fire capabilities.

With Barracks Bio play, most popular in the early game and against Zerg, Terran fields cheap, high-damage Marines, with a Stim Pack upgrade that allow them to exchange health to double their damage and increase their movement speed. Although against the other races their medium range and middling speed allow them to be dominated by distance-fire, they are a powerful unit, capable of trading well with Zerg and mobile enough to contest their bases. They also attack air, allowing them to ward off powerful Mutalisk swarms. Marines are the only opening unit with ranged attacks. Supplementing Marines are Medics, which can heal biological units, and Firebats, which deal splash damage to enemies in close range.

With Factory play however, Terran tends to play even more introspectively. Siege Tanks and Vultures allow them to control ground space almost to a fault, but Siege Tanks are slow and when in Siege Mode, cannot move at all. Their health and cost means they tend to rely on their range and front-loaded damage, especially Siege Mode range, to be effective. Vultures are extremely fast, but do not fare well against the basic ranged units of other races. Complementing this play style are invisible Vulture Spider Mines, which explode on enemy units that approach them and must be cleared before any army can engage on Terran. This has some bit of trouble against Zerg air, but against most armies this is the go-to strategy. The Factory introduces a unit very much like the Marine, the bipedal Goliath that can be upgraded to have range spanning any distance that can be attacked by air. The Starport introduces its own anti-air options.

Important in the late game is the Terran Science Vessel. This spellcaster can cast an Irradiate that turns a unit into a slow death for surrounding units, and a EMP Shockwave that instantly depletes all enemy spellcaster energy and Protoss shields.