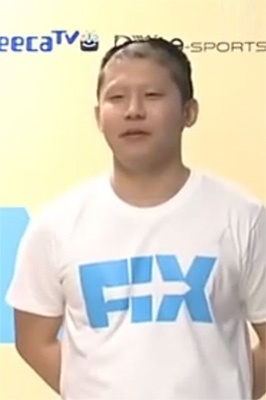 Lee "Terror" Ye Joon is a former StarCraft progamer from South Korea who played Zerg for STX SouL. He plays on the Fish Server and has been immensely popular on Afreeca.

Terror plays and streams a variety of games on Afreeca, including League of Legends. He hosted and organized the Terror TEMPTS Starleague and Terror's BJ Starleague.

After losing to Mind in the Seoul qualifier for Afreeca Starleague Season 2 Terror eventually qualified in the Busan qualifier with a win over Sexy. In ASL 2 Terror was seeded into Group D, consisting of Flash, Soulkey and Movie. After losing to Flash and Movie dropped out of the group in last place.

Terror's popularity is in some part due to his on-screen antics, including frequently yelling and performing physical stunts during his broadcasts.[1] These antics were sometimes, however, deemed by Afreeca to have crossed the line of appropriate behavior, resulting in two lengthy bans from broadcasting:

Additionally, Terror was outlawed from participating in Sonic-organized events in August 2014 after promoting an illegal betting site during Sbenu Super Fight 1.[9] Terror was, however, invited to participate in the major HungryApp Starz League with Kongdoo tournament in 2015, but withdrew days before the group selection ceremony, reportedly due to the birth of his child; his spot was taken by Kwanro.[10]