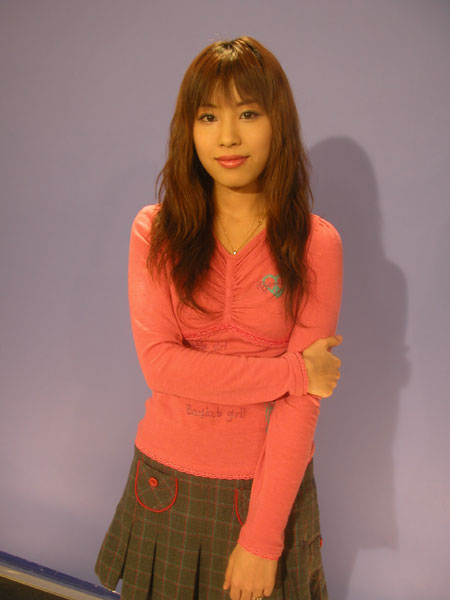 ToSsGirL was first introduced to StarCraft by her father in 1999. ToSsGirl and her sister Seo Ji Seung (who later became an actress) "ZergGirl" both started to play avidly. At first ZergGirl was able to beat her consistently, but she continued to practice because she wanted to beat her sister. After she accomplished this, ToSsGirL switched races from Protoss to Terran.

She continued to play StarCraft and was fascinated by the professional tournaments on T.V. At sixteen, after seeing BoxeR play on TV she decided that she wanted to become a progamer. When she told her dad, he said he wished he had never introduced her to StarCraft. Undeterred, she continued to play and would sneak out at night to play in local tournaments around Seoul.

In 2001, at age seventeen, ToSsGirl qualified for the female WCG tournament and had strong showings in the preliminary rounds of other tournaments. In the following year ToSsGirL got into her first major tournament, which was hosted by Ghem TV. She made it to the top eight of this tournament twice and by doing so became qualified to receive her Progaming License. After this she was picked up by the STX Soul progaming team, where she remained until her retirement from professional play.

In 2003, she won the gameTV female league and also made headlines by beating FreeMura, the first OSL winner, in minor league (he retired thereafter). She subsequently won the gameTV female league in 2004 and in 2005. In 2005, ToSsGirL also beat [NC]..YellOw in the WCG preliminary round. At this time, [NC]..YellOw was considered one of the top progamers.

After the discontinuation of female leagues in late 2005, ToSsGirL went on to play in regular tournaments with limited success. Her most prominent victories in recent years were beating Modern 2-0 in the GOMTV Classic, the first win by a female in a KeSPA sanctioned tournament, and in 2009 she was able to beat Max in the MSL Preliminary round.

In 2009, ToSsGirL played in the e-Stars Seoul StarCraft Heritage League 2009. After a dramatic loss in the first game against YellOw, she defeated Reach in her second game, which was a substantial upset. In 2010, ToSsGirL was unable to qualify for the MSL or OSL tournaments but was able to beat GoRush 2-1 in the OSL prelims.

In 2014, ToSsGirL made an appearance in SSL 10, which generated Korean media attention. However, she was eliminated unceremoniously in the group stages with a score of 0-2.