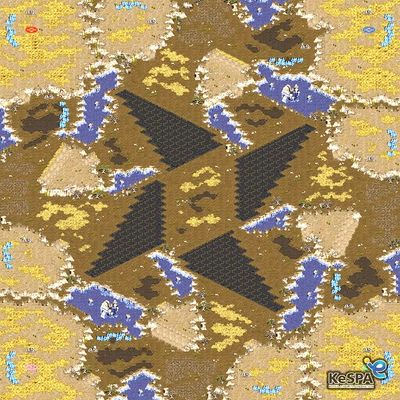 Tornado underwent some terrain changes from its beta test version. Like another test map, Roadrunner, some positional imbalance was to be expected. One example which displayed this imbalance was Horang2 vs Miracle, as Miracle’s tanks were able to siege up on his Fleet Beacon from a different platform. In the updated version, this issue was mostly dealt with, and Tanks can now only hit a small portion of the mains which have been made larger.

The open middle, which Miracle complained about after this game, was made smaller. One of the major changes was that the natural’s mineral lines were moved to the side of the map (rather than with their back to a bit of water) and the platforms outside the naturals have been moved closer to the center of the map.