This is a userpage. Userpages do not necessarily meet our guidelines for notability or fact-checking!
We are hiring! Check out our developer job postings and work in esports!
Liquipedia will soon drop support for Internet Explorer. 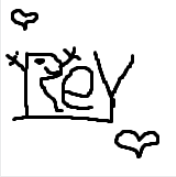 Clan Revolution is an active Broodwar-clan founded in 1998 currently led by NarsiL, who took over at the end of 2019 after Incomplete stepped down as leader. Core values are good manners and friendship, rather than skill at any cost - ReV welcomes any member willing to participate, improve and abide by the core values. Members of the clan use [ReV] at the end of their user names as clan tag.

Clan Revolution was founded in 1998. Originally an italian clan it became more international over the years. In the mid of the 2000's Incomplete took over administration from former leader Mendip. Incomplete left the clan for personal reasons in 2008 and the clan was soon put on standby. However following the release of Starcraft Remastered, Incomplete decided to relaunch the clan. Supplementing the forums, a ReV Discord is created as a new space for teammates to meet. Internal clan wars are hosted, participation in the STPL and BWCL is organized, and showmatches are negotiated. After this, the clan has grown and prospered. Anticipating an incoming baby, Incomplete made careful preparations to turn over leadership of the clan during 2019, and found not only a suitable new leader in NarsiL, but a host of other admins to help out.