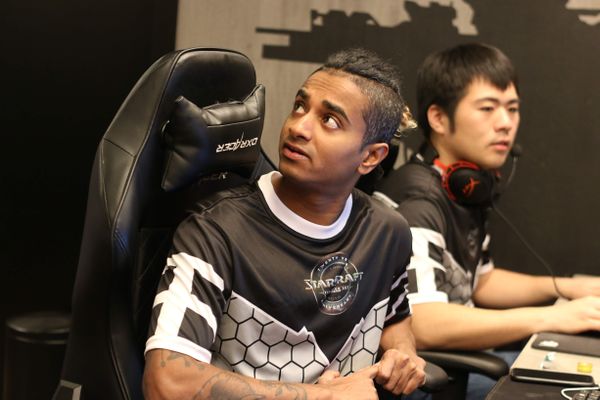 AgGe started playing back in 1997 when he got a hold of the Starcraft beta. His first id was Jon_The_King. Being childhood friend with TuFFeR him and a couple of other schoolmates started the clan [SBP] (Starcraft bush power), AgGe then used the id [SBP]G_Razor.

He first got the Aginor ID when he left SBP and joined a Swedish clan ^TC^ (The chosen), and he used ^Aginor^. When most TC members went on to broodwar at the release of it 1998, AgGe joined up with another swedish starcraft clan [NOD]. He then used the id [NOD]Aginor.

When the leader [NOD]Rezman2000 started adding foreigners to the clan, a couple of swedes left [NOD] and started {iRk} in the beginning of 1999, among them was none other then AgGe himself.

AgGe has always been a passionate vanilla player ever since he got the first starcraft beta. While most of his irl friends and fellow clan members went on to Brood War, he stayed behind keeping the vanilla scene alive.

Most notable for being lone clanleader of iRk from 2002 and onwards, and also headorganizer of the vanilla league UGT (Ultimate gaming tour), wich lasted for three seasons.

AgGe was never a big fan of BW, he rather play vanilla because of the more micro oriented gaming style. But he made some appearances on the BW scene. Being persuaded by TuFFeR to join various BW clans during the years they lived together 2005-2007.

He also took on the job as captain of [SWE-B]-team and played 2on2 with iRk-Sharp, and for a very short while also stepped in as captain for [SWE-A].

Always the leader, never the player[edit]

No official individual tournament wins, AgGe was never a top notch player. Mostly relying on his good microing from vanilla, his tactics never really worked out that well in long games on BW. He managed to reach B2 rank on WGT, but that's about it.


His contribution to the starcraft scene has always been leading his teams and organizing events. Demanding loyalty from his members and in return making their careers easier.


Being a decent webdesigner back in the days he took on the task to developing clanpages for many Starcraft swe-1 clans, just to make the clan scene look better.


As former football coach he always aim to create that family like feeling in his SC teams as well. "Win together, lose together - always together, never alone" is his motto. Wich probably is the reason for iRk to be still alive after 20 years in the starcraft saga. 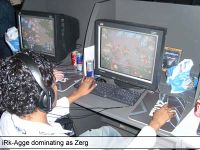