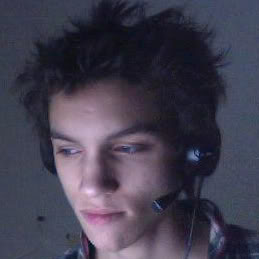 Ludvig "vOddy" Barreto is a Swedish Terran player of the team alchemists and a founding member of the Swedish Brood War Initiative.

Barreto currently lives in Stockholm, Sweden and studies computer sciences. He was known as strong player in the RTS game Command and Conquer before focussing on Brood War around 2009. He temporarly switched to StarCraft II, showed several strong results in minor events, before changing the focus on Brood War again[1].

vOddy started to play Brood War around 2009, shortly before the Wings of Liberty Beta was started. At this time the Swede focussed on playing Protoss, switched to Zerg and eventually transitioned temporarily to Brood War's successor.

In 2011 the Swede retired from playing Wings of Liberty competitively and focussed on the predecessor. He qualified for the ICCup Starleague, but was defeated early on. In the upcoming years the Terran's overall skill improved steadily. vOddy's first appearance in major events was during the SBWI Nation Wars, in which he was one of the stronger representatives of the Scandinavian countries. However, aside from good performances in these events, vOddy only finished high in rather small tournaments without prize pool, such as the Pucca CTF Tournament.