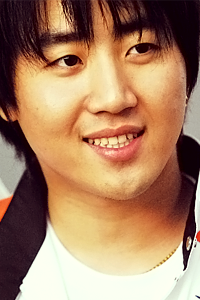 Born on October 31, 1982, Hong Jin Ho was one of the top Zerg players in the world from 2000-2005, playing primarily for the team KTF MagicNs. A fan favorite, he returned to KT upon his discharge from the military, where he had served as captain of Air Force ACE. Known as the "Storm Zerg" for his aggressive style and holding one of the strongest ZvT matchups of all time, he formed strong rivalries with BoxeR and (less notably) NaDa over his long career. He is listed as 30-33 against BoxeR and 20-25 vs NaDa in the TLPD.

Beginning as a member of the Gamei pro team in 2000, [NC]..YellOw quickly saw success in nearly all the tournaments he entered. Advancing far into the first Starleagues, he met SlayerS `BoxeR` in the finals of the 2001 Coca-Cola OSL early in his career, the first series of what would become one of the most intense and famous rivalries in all of StarCraft—the Lim-Jin Rok. Their first clash was indicative of the future of their epic rivalry: a 3-2 victory for BoxeR. Just as importantly, it was one of the most notable finals losses for YellOw, who would later become crowned the "King of Second Place" or "King of Silver," a nickname he had already earned from his clanmates for his failure to win major championships.

In 2002, YellOw, along with NaDa and MuMyung, moved to the new team Ideal Space, led by Sir@Soni, Combi, and BoxeR. Though the team was chock-full of top-class players, with YellOw and BoxeR placing 4th and 2nd in the SKY 2001 OSL (both losing to GARIMTO, BoxeR's father decided that Ideal Space's lack of strong Protoss players prevented him from winning. Furthermore, with so many strong players playing in tournaments, it was inevitable that teammates would play each other, as seen in YellOw's loss to MuMyung in the[KPGA Winner's Championship finals, making practice awkward. BoxeR soon left the team to create a new team, Orion, later to become SK Telecom T1. With BoxeR's departure, the team soon fell apart, and YellOw left for the recently-formed and well-funded KTF MagicNs; NaDa soon followed suit.

He finally won his first major tournament — the KT OnGameNet King of Kings — in the winter of 2001-02, despite losing again to BoxeR in the round-robin. For the next two years, he generally maintained his position as one of the top Zergs in the world, earning even more silver medals. Though he lost 1-3 to BoxeR in the finals of the KPGA 1st Tour, he managed to defeat BoxeR 2-0 in the KPGA 2nd Tour en route to yet another silver medal, this time to NaDa. He continued his string of strong performances with 3rd-place finishes in the SKY 2002 OSL and Panasonic OSL, a silver in the Gosu Invitational, and golds in the iTV Ranking League and WCG Korea 2002.

YellOw redeemed himself against his rivals and secured his position as top Zerg in the world by winning the 2002-2003 KTEC KPGA Winners Championship 3-2 over BoxeR and the 2003 GhemTV FindAll Challenger Open Starleague 3-0 over NaDa. In the meantime, he led KTF to strong finishes in the Proleague (barring the 4 months he spent at Toona S.G with his first coach at Gamei, for which NaDa left KTF). Still, he remained unable to win a major Starleague, losing 2-3 to XellOs in the Olympus OSL finals and 0-3 to Boxer's protégé iloveoov in the 2003 TriGem MSL finals.

Despite his lack of a Starleague gold medal, YellOw maintained a 64% win rate from 2002-2004, consistently outperforming his fellow Zergs. With strong play, he again faced off against BoxeR in the semifinals of the EVER 2004 OSL. Fans expected an epic match equal to previous games in the Lim-Jin Rok. Instead, BoxeR bunker-rushed YellOw three straight times for a 3-0 victory. Though many were disappointed, this series has become one of the most famous in StarCraft for the mind games and perfect micro characteristic of BoxeR.

YellOw began to show signs of his age in 2005, losing 0-2 to NaDa in the quarterfinals of the IOPS OSL and failing to pass the group stages of the EVER 2005 OSL while losing to Zeus in the 2005 UZOO MSL. He then earned his nickname "Special Event King" by winning the 2005 Snickers All-Star League over seven other legends of StarCraft. After a 3rd-place finish in the 2006 Shinhan OSL, YellOw began specializing in 2v2 in Proleague, teaming with Reach to be one of the best 2v2 teams in Korea.

After 2v2 was removed from Proleague, he was soon drafted to the Korean Air Force, joining the newly-formed Air Force ACE team in October 2008. At the 2009 IeSF Star Invitational, he won his group 2-0 and defeated his nemesis BoxeR 2-0 in the semifinals, only to fall to NaDa 1-3 in the finals, adding yet another silver medal to his burgeoning collection.

Right before the New Year of 2011, on Dec 30th 2010, he was discharged from the Korean army and thus left the team of Air Force ACE. Not long after this he returned to KT Rolster.

In June, 2011, YellOw announced his retirement on his fancafé.[1]

On June 25, YellOw received a very moving retirement ceremony, right before the round 6 match between KT and WeMade. Among the attendees who came to bid him farewell were Boxer, NaDa, and ChRh. YellOw received an honorary Golden Mouse from his team KT Rolster, while Boxer gave him a copy of Wings of Liberty. Singer Park Wan Gyu got on stage and performed a song for YellOw, while a video montage played on the screen behind them.[2]

YellOw played his farewell game in game 2 vs Midas, but ultimately lost.