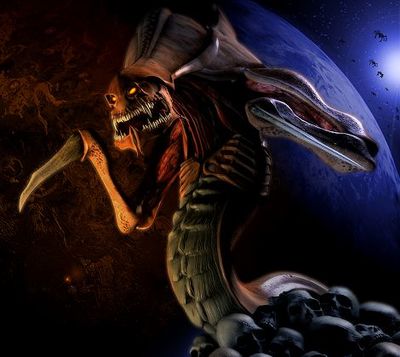 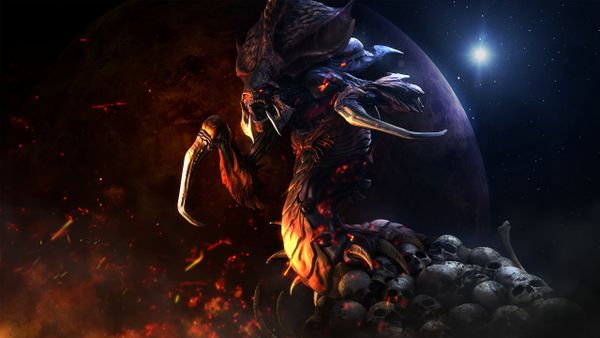 The Zerg are composed of several different types of creatures that have been integrated into the Swarm by the Overmind. These creatures, or breeds, have been selectively evolved to become efficient killers and to assist the Zerg in their quest for ultimate power. The Zerg do not utilize technology in the common sense, but their natural weaponry and armor is comparable to the most advanced gadgetry employed by any other species. This biological evolution, combined with an unmatched savagery and their blind devotion to the Overmind, make the Zerg an extremely formidable and deadly foe.

The Zerg have been found in all types of environments, including deep space. They have adapted themselves to the rigors of space travel, although it is not exactly understood how they are able to do so. The center of a Zerg habitation is the Hatchery. Their nests are composed of a thick organic matter, nicknamed the Creep, which provides nourishment for the Zerg and provides organic mass for Zerg Larvae and Drones to facilitate their transformation into larger forms. The Creep expands and covers the area around the Zerg hive, and is very difficult to eradicate.

Zerg units are typically less expensive than units from the other two races, Terran and Protoss. The Zerg are considered the most mobile race. The Zerg are also extremely flexible because they only have one production building.

Zerg has a cheaper town hall than other races, and its units have enough speed to defend multiple ones, so often expand faster and take more bases more safely than other races. This means they often operate at a much higher economy than other races. Buildings are never production buildings, but allow the town hall to build new units. Although they are initially flexible due to the single production building, workers cannot be made at the same time as army units and its production is not always enough, necessitating multiple town halls per "base". Since the town hall produces the Larva that transform directly into units at a constant rate, production is basically independent of build time.

Although its units are weaker than those of other races for cost, armies tend to be similarly as powerful due partly to lower supply for some units, and size for others, having decent damage and health per square area. Zerg tend to focus on damage for their units, getting brought down and bringing others down quickly.

Zerg are known for a powerful early game rush called the Zergling rush, which employ the early power of the unit and the fact that Hatcheries are able to produce them near instantly to bring an army to bear faster than any other race. Late game, the fragile Defiler can use Dark Swarm to temporarily make Zerg armies unassailable or use Plague to weaken armies bringing their health down to 1, severely crippling Terran and Zerg and leaving Protoss with only their shields for protection.

Another notable Zerg unit is the Mutalisk, a quick air unit that deals the same damage against ground units, the only early air unit that does so, allowing Zerg to raid bases from the air and space out enemy armies with harassment pressure. Late game the Ultralisk has an extreme amount of health, and also for only one Larvae, making Zerg with a great economy about as potent as any other race.

Zerg also have a passive regen on all units except Eggs, Larvae morphing into new units and Hydralisk and Mutalisk morphing into their higher forms, although this rarely comes into play, of a low amount of health every frame. The specifics of this are 1/64 of a health every frame, with 15 frames per second on Normal this comes to ~0.23 per second; on Fastest, what is normally played competitively, this is ~0.37.