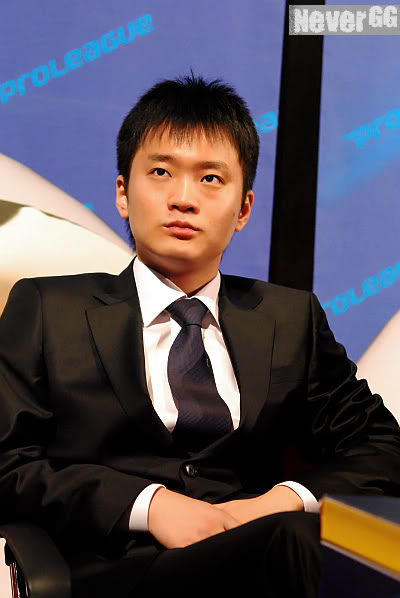 Zeus is a StarCraft progamer who plays Protoss. He played for KOR which later became Hite SPARKYZ (then OGN SPARKYZ).

[1] Zeus began playing professional StarCraft when it first got popular in Korea in around 2000. Zeus is one of the original Protosses of professional gaming, and consequently is one of the older players in today's leagues. His strength lied in his PvT and his PvZ, to a certain degree. However, his PvP was rather lacking. His favorite maps were those with open centers (like Luna). He did fairly well in smaller leagues such as the GhemTV Starleague and the Game-Q Challenge League, but he was never able to place well in the OSL or MSL.

In the 2003 Stout MSL, Zeus tore through the competition until he met Nal_rA and NaDa in the semifinals. He ultimately placed third. During this time, he also started doing ceremonies, which attracted numerous fans.

Then in the 2003-2004 NHN Hangame OSL, Zeus once again tore through the competition, even defeating Silent_Control 3-0, but his subpar PvP ultimately lost him the championship match to Nal_rA 1-3. However, his PvP did not stop him from becoming the Ace player of KOR. He gained as many fans and as much fame as the other great Protoss players of the time, Nal_rA, Reach, and Kingdom.

However, Zeus began to slump after the aforementioned OSL, failing to break into the top four for any league, and sometimes even failing to even qualify. He was also replaced as the Ace of KOR by Cloud and Casy. Zeus himself has said that this was the most difficult time of his career. However, he was still instrumental in helping KOR win third place in the [Proleague 2004]. Despite his attempts to break his slump, he was never able to, and he largely stopped playing 1v1s after losing to Mondragon in the Mystery Map Invitational 3-0.

Following MBCGame's and CJ's sponsoring of Proteams, OGN followed suit sponsoring KOR. Thus, Ongamenet Sparkyz were born, with Zeus as a critical component of the team. For the new year, each member of Sparkyz announced their resolutions for the forthcoming year on "G-People" which screened on OGN. While the rest of the team gave the expected "Do better in the leagues", "Win OSL" and the like, Zeus gave a different and more insightful resolution: Zeus vowed to continue to contribute to his team, and he ultimately found his place as the 2v2 specialist of OGN. He paired up with YellOw[ArnC] and won numerous 2v2 matches, ultimately becoming one of the top 2v2 teams. Zeus held the dominant position on the 2v2 team, meaning that he generally came up with the strategies for every match.

In October 2008, Zeus was named the Captain of OGN SPARKYZ and held that position until his retirement in December 2009. However, he stayed on as a coach for OGN SPARKYZ, which had then become Hite SPARKYZ.

Zeus played in several tournaments including Sonic events and LoveTV Starleague. In all of them, however, Zeus was not able to advance past the Round of 32 group stage, usually occupying the last position. He also participated in the 2014 Gabangpop 1st Sonic Proleague playing under the ex-CJ tag. He finished with a 2-6 record with wins over Ample and sSak.

Zeus went on to organize and sponsor his own starleague, ZeuS Starleague Season 1.