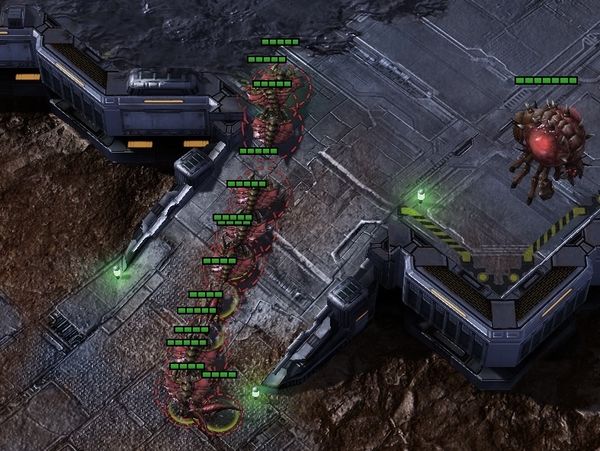 10 Pool is considered the go-to build to defeat 15 Hatch. There is no reliable way to defend a hatch first build if this build is properly executed. It is very important to note that this build is the only one in Zerg vs Zerg that can counter Hatch first. Any build that includes an earlier pool can be defended, and any other variation of 10 Pool (with speedlings/Banelings/Queen/etc...) are not guaranteed to succeed. [note 1]

This build aims at winning outright against a 15 Hatch build. It is also an auto-win against earlier pools such as 6-8 Pool. However, it is very weak against any variation of pool first, and should be considered an all in as most workers are pulled.

This build must be executed in a very crisp way. Even though everything seems straightforward, there is room for a lot of mistakes. 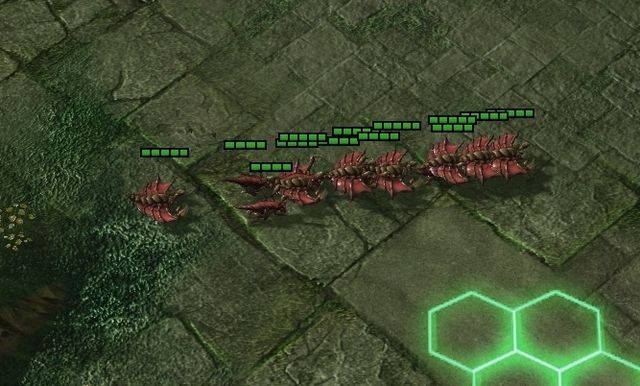 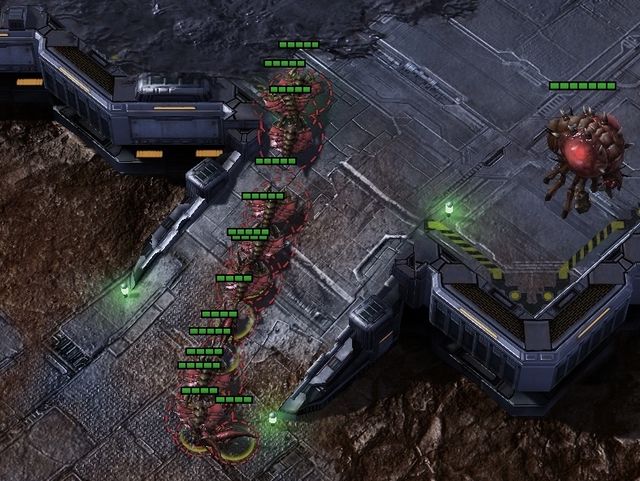 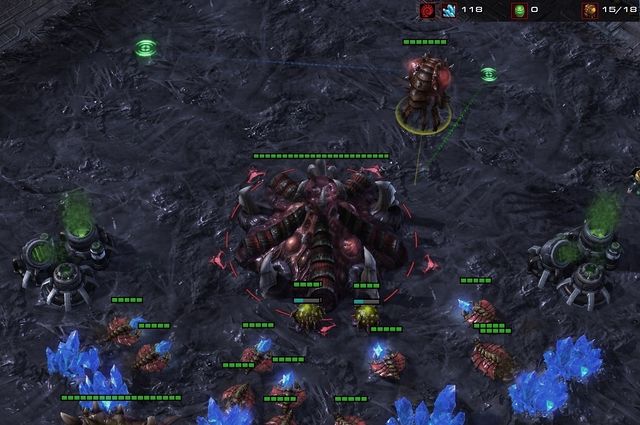 The scouting can be resumed to finding the opponent's base. In a 2 player map, or in a 4 player map with one spawning point disabled, you do not need to do a 12 drone scout.

Immediately build 2 Spine Crawlers once you reach your opponent's creep. The goal is to defend them while harrassing your opponent. Once they are completed, the game is practically over. You can build one at each base, or both in their main.


Do not force the engagement in your opponent's mineral line, just try to pick the drones on the sides. If he comes at you, however, do not hesitate to fight in the open, you will come out victorious.


Always produce Zerglings in the meantime, but do not build another Overlord. If you're supply blocked, it means you are doing well.


Always keep an eye out for a potential spine in your base. If you do not spot it, your opponent can force a draw. There are several ways to counter this, but the most important thing is to look regularly at your base.

There is no transitioning from this allin. If you do not manage to win outright, there's very little chance of recovery.

It is important to remember that this build is successful on any map currently in use in tournaments/ladder. Some maps are more forgiving than others, but a well-executed 10 Pool will always come on top of a Hatch first build.

Maps where you need only your initial Overlord to know your opponent's location. Short rush distances are preferred