This season introduced a new map: Calm Before the Storm by JackyPrime. Metalopolis, Xel'Naga Fortress and Terminus SE were removed.[1]

Note: GOM shows the name“Tal'Darim Altar” in their broadcasts, while the newer version Tal'Darim Altar LE is played.
The following maps have been modified: Antiga Shipyard, Bel'Shir Beach, Crossfire SE, and Dual Sight.[2] Gold bases have been turned into normal expansions on all maps. 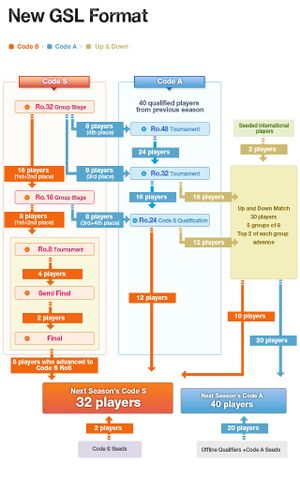 This is the GSL's main tournament, where 32 players compete for the