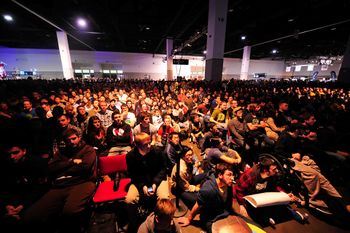 2011 MLG Pro Circuit Providence was the sixth and final event of the 2011 MLG Pro Circuit, held at the Rhode Island Convention Center in Providence, Rhode Island. The weekend featured competitions in StarCraft 2, League of Legends, Halo: Reach, Call of Duty: Black Ops, and others. As the national championship event, the StarCraft 2 format was changed to a seeded double-elimination bracket, ditching the standard pool play. The tournament boasted an incredibly strong group of seeded players and an extremely dangerous open bracket, featuring many of the world's best players.

MLG mainstay broadcaster Day[9] was not able to attend.[1] However, the rest of MLG's all-star lineup, including Artosis, Tasteless, Clutch, ItmeJP, Husky, djWHEAT and MrBitter, was. They were joined by the "beta stream casters" Tumba, Adebisi & Robin, who provided solo casting of select matches on the Beta Streams, and former eSTRO manager Hwanni, who was the new Korean translator. Rob Simpson, the Assistant Manager of Blizzard E-Sports,[2] also made an appearance on day two, casting several games alongside the mainstays.

MLG Providence was the first Starcraft 2 event to be streamed on YouTube's live streaming platform.[3] 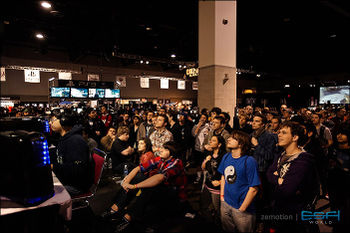 The side stages drew large crowds

Offering $120,000 spread among players as follows: 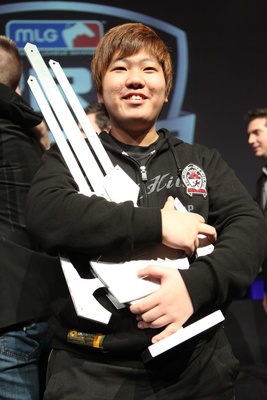