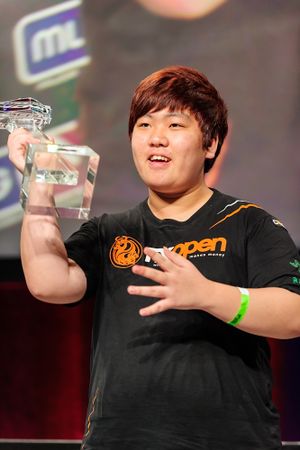 Leenock lifting up the trophy

The 2012 MLG Pro Circuit Summer Championship is the final event of the 2012 MLG Summer season. It is held at the Raleigh Convention Center in Raleigh, North Carolina.

In addition to the regular tournament, MLG will also be hosting the WCS North America Finals. After recent community[1] outrage,[2] MLG released the following statement:

"After listening to extensive community feedback, MLG worked closely with Blizzard to ensure that the participants in the WCS NA Finals would not be forced to choose between participating in that event and the MLG Pro Circuit Summer Championship. It is critically important to both Blizzard and MLG that players be able to compete as they choose. Schedules will now be staggered so that players can compete in both events. North American Finals competitors; you can now participate in all aspects of the MLG Summer Season, including the Open and Invite-Only Online Qualifiers, the Arena, and the Summer Championship. Registration for the Open Online Qualifiers is open now."[3]