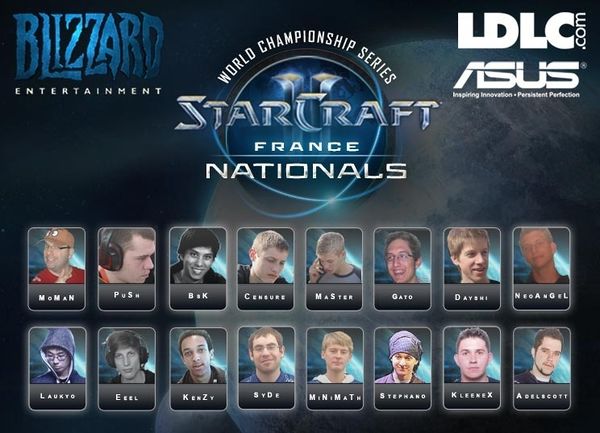 The 2012 StarCraft II World Championship Series: France Nationals was a StarCraft II tournament hosted by Blizzard for 16 players from France. It was held at the Parc des Expositions de Villepinte in Paris, France from July 5 to 8, 2012, alongside the annual Japan Expo and Comic Con' Paris. The event featured a prize pool of $15,000 and 3 seeds to the 2012 WCS Europe Finals.

$15,000, and three paid trips to the 2012 WCS Europe Finals is spread among the players as seen below. The player finishing first will qualify directly for the 2012 Battle.net World Championship.[1]

Sixteen online qualifiers were played, organized by various organizations. The winner of each qualifier received a spot in the offline finals.