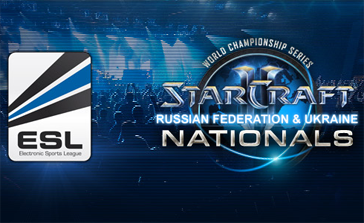 The 2012 StarCraft II World Championship Series: Ukraine Nationals is a StarCraft II tournament hosted by Blizzard for players from Ukraine. It is held in Kiev, Ukraine from July 21 to 22, 2012. The tournament features 8 players with a prize pool of $5,000 and two seeds to the 2012 WCS Europe Finals.