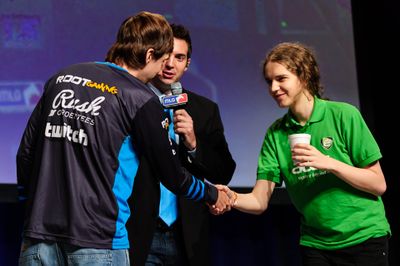 ViBE and Scarlett shaking hands before their grand finals match 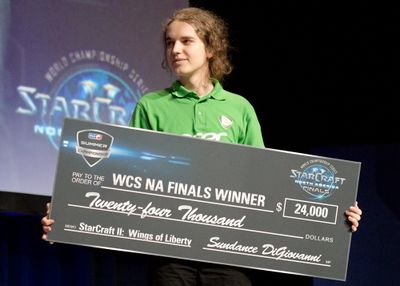 Scarlett with the first place prize

$60,000 and seven berths in the World Championship in Shanghai are spread among the players as seen below: