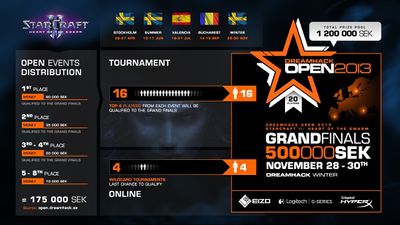 The top 4 players from each event will qualify to the Grand Final event at DreamHack Winter, and will be joined by another 4 players qualifying through an Online Wildcard tournament.