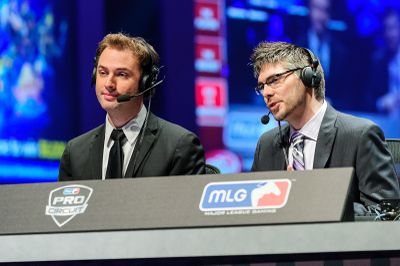 Day(9) and DjWHEAT on the first day. Photo by Kevin Chang for Team Liquid

The tournament was a promotional event for the release of StarCraft 2: Heart of The Swarm, being scheduled right after its March 12th release. In the weeks leading up the release, MLG held a series of 28 Showdowns, all played on a pre-release version of Heart of the Swarm. The showdowns served as qualifiers for the main tournament.