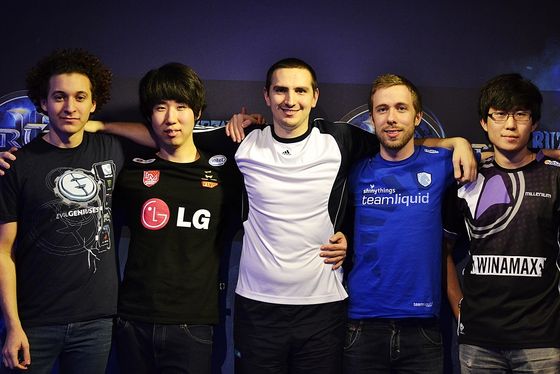 The Top 5, which will represent Europe in the Season 1 Finals (f.l.t.r Stephano, Mvp, DIMAGA, TLO and ForGG)

All Group Stage #1 matches will be played online, the round of 16 and onwards will be played offline at the ESL TV studios in Cologne, Germany. Travel and hotel expenses will be provided for the players, as long as they're travelling from within Europe.[1]

$100,000 USD and 10,000 WCS Points are divided among participants. The top five players qualify for the Season 1 Finals.