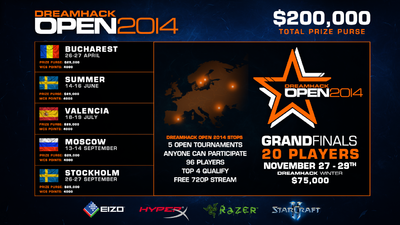 The top 4 players from each event will qualify to the Grand Final event at DreamHack Winter.