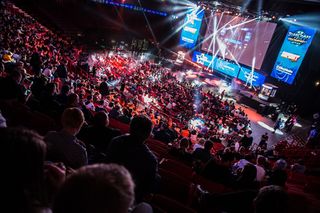 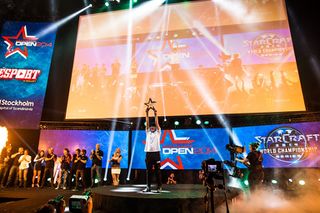 Champion Solar on stage with the trophy

DreamHack Open: Stockholm is the fifth stop (after the kick-off event) on the 2014 DreamHack Open series of tournaments. The event is hosted and commented by a panel of experts composed of Shaun "Apollo" Clark as the panel host and Nathan "Nathanias" Fabrikant, Andrew "mOOnGlaDe" Pender and Geoff "iNcontroL" Robinson as experts. Interviews and translations are done by Sue "Smix" Lee.[1] 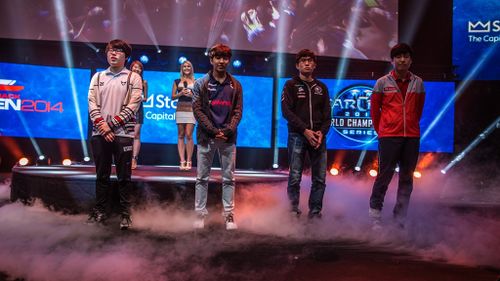 Solar, herO, forGG and soO before the semifinals show