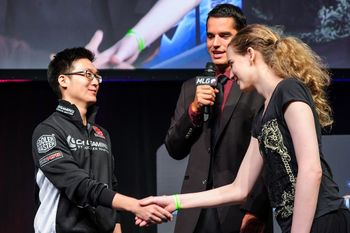 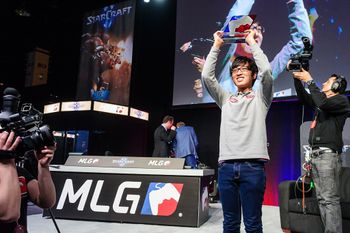 Champion Trap with his trophy on stage

More details can be found on the MLG Anaheim Format page.

Three stages where all matches are best of three: