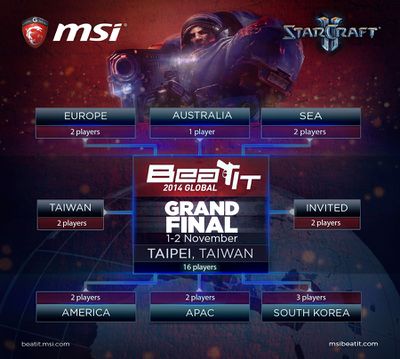 $26,000 are divided among participants as follows:

1 Due to the 2014 WCS Global Finals starting one week before Blizzcon[1] and happening the same weekend as the MSI tournament, HyuN had to cancel his participation. He was replaced by YoDa who lost against him in the European Qualifier.
2 Jim & XiGua are attending another tournament in China and cannot attend the MSI tournament. They are replaced by Cloudy and Ian.