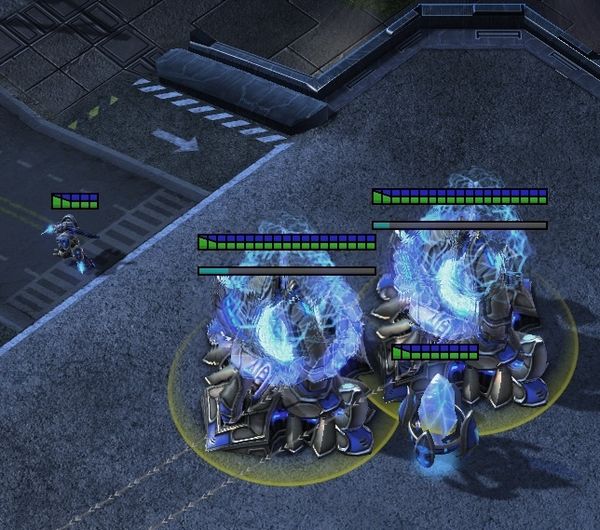 This opening delays or omits the Cybernetics Core to allow for pure Zealot production from two Gateways. In the past, due to maps having much shorter rush distances (see: Steppes of War) it was possible to perform this build having built the Gateways in your own base. However, since maps have now become a lot larger (see: Daybreak), it is much more common to proxy the Gateways near or inside your opponent's base if you plan on using this strategy. This opening is most commonly seen in PvP, but it has also be used effectively in PvZ at the professional level.

It's usually best not to scout your enemy's base as seeing an early Probe scout may alert your opponent to possibly proxies. If you are going to scout, try to make it appear as if your Probe is coming from the same angle it would normally come from, instead of sending it into your opponent's main base directly from your proxy location. This is especially true if you are proxying the Gateways inside your opponent's main base.