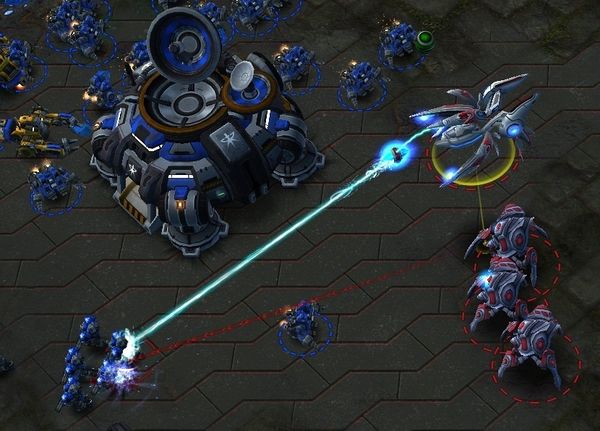 This build opens with a fast, proxy Stargate so that Void Rays can be produced to harass a Terran's buildings, units and mineral line. The high-ground vision given by the Void Rays allows Stalkers to attack the Terran's wall-off (if they elected to make one), or to otherwise harass any buildings that are too close to cliff-edges. Although it is possible to transition into an expansion, this build is an all-in as it will put you behind if you do not do enough damage with your attack.

Harass with Void Rays to force Marine production and then pick them off with Stalkers by abusing cliff-edges.

This build has very little opportunity for deviation and that is part of why it is an all-in. If you scout signs of a 1/1/1 before you have committed to the build (which occurs when you place the Stargate), it can be a better choice to instead attempt a 1 Gate FE and move into the mid-game.