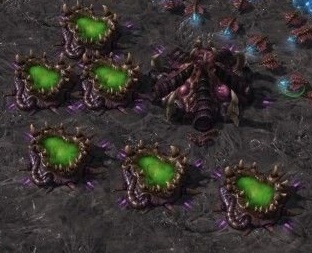 This build is without any doubt the most well-known cheese of Starcraft 2, but executing it at the highest level of play is not as intuitive as it seems. This guide will help you get the most of this build, and will explain the specificity of playing a 6 Pool versus a Terran opponent. A few techniques are pre-requisites for this cheese:

The goal of this build is to end the game extremely early, usually before 5 minutes. In order to do so, you will use six Zerglings and pull all your Drones to attack your opponent before he or she can complete their first Barracks. This build is 100% all-in: either you will win right away, or you will fail to kill your opponent and might as well leave the game immediately.

Fighting inside the base (the Barracks finished)[edit]

You have basically four possible scenarios:

Fighting inside the base (the Barracks could not finish)[edit]