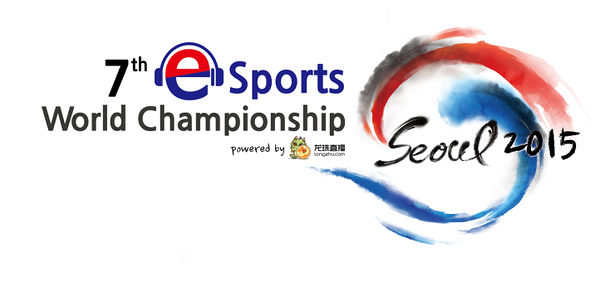 The 7th e-Sports World Championship 2015 is the seventh international e-Sports tournament held by the International e-Sports Federation. Łódź, Poland, was initially selected as the host city, but after their withdrawal, the tournament will take place in Seoul, South Korea on 2-5 December 2015.[1] The games will take place at the NEXON Arena,[2] and will be cast by Artosis,[3] State,[4] and GTR.[5]

Tournaments for each game will not award cash prize, but trophies or medals, and points. Each country will be ranked according to the points they earn in the three tournaments (StarCraft II, League of Legends and Hearthstone). As of 29 November 2015, "the prize money shall be announced separately when the details are decided."[6] All prize money will go to the National Federations.

Note: Gannicus will represent Belgium, as he qualified in the Belgian IeSF qualifier.

Note: The group stage matches are not scheduled to be broadcast.

On November 30, 2015, KeSPA announced a Best of 3 Archon Match between Jin Air Green Wings' sOs and Maru and KT Rolster's Zest and Life.[16]