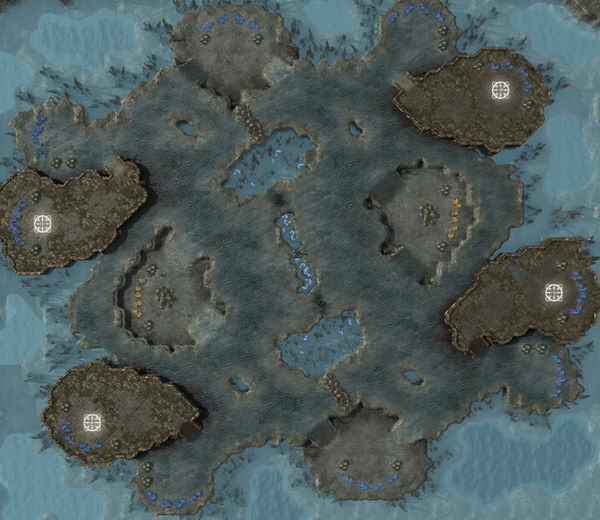 Abyssal Caverns is one of the four-player maps introduced for Season Three of the Blizzard ladder, and was removed at the conclusion of Season Four.

Your first expansion is easy to defend but additional resources are harder to protect. Rocks can be destroyed to open up additional paths or resources. A Watch Tower marks the center of the map.