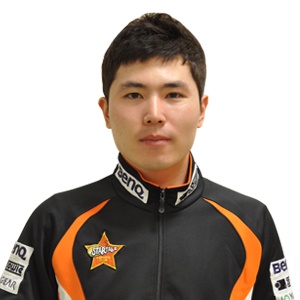 This page is about the Korean Protoss player. For the Chinese player, see Ace.

On August 13, 2014, he announced that he was switching to Heroes of the Storm and retired from StarCraft II.[1]

In Brood War, AcE played Zerg for MBCGame HERO as "aMeBa." He won two games in Proleague before fading into relative obscurity.

AcE qualified for the GOMTV 2010 Sony Ericsson Starcraft II Open Season 2 where he reached the Round of 32, before losing to Kyrix. A single round of 32 finish was enough to allow AcE to participate in the Code A Tiebreakers where he advanced at the top of his group to qualify for Code A. AcE then played for StarTale in the first GSL Team League against Team SCV Life. There, he defeated three Terran players, Clide, aLive, and Rain before eventually losing to Killer. 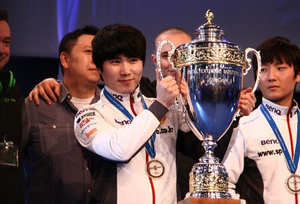 AcE was one of the four South Korean invites to IEM World Championship, which took place in March 2011. He dominated the tournament, going 10-0 in the group stage over players such as IdrA, White-Ra and MorroW. He swept mOOnGLaDe in the semifinals to face off against Moon in the finals. AcE dropped his first sets in the tournament to him, but he ultimately took first place with a 3-2 finish. Along with the $13,000 prize and IdrA leaving Korea, AcE secured a chance to compete in the up/down matches for a spot in Code S.[2] There, he lost to his teammate Virus and remained in Code A.

In 2011, AcE qualified for Code A in the first three seasons, but was eliminated in the first round each time after falling to TOP, CoCa, and viOLet, respectively. He failed to qualify for Code A until January 2012 where he qualified for the 2012 GSL Season 1's Code A by defeating PhoeNix in the finals.

AcE qualified for the 2012 GSL Season 3 Code S through the Up & Down matches, beating MMA and MarineKing in the process.

On February 9, 2012, AcE participated in the ESV TV Korean Weekly Season 2 Weekly 3. After taking down Monster, Life, Naama, and Tiger, AcE went on to face TAiLS. He was not able to advance any further after he lost to TAiLS by a score of 0-3 and ended up taking third place.