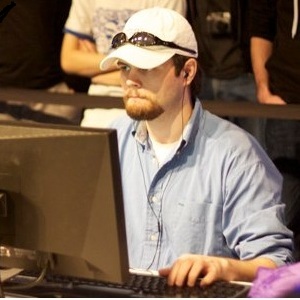 Agh was a former Warcraft III Human player. He is known for his unique builds and style of play.

Throughout the Beta, Agh stayed at the top of the ladder. He opted, however, to forgo participating in tournaments and events.

Agh played in the $7000 MLG Raleigh tournament in Raleigh, North Carolina. He brought the first major tournament upset by defeating Tyler in the winner's bracket, second round, with a convincing 2-0 win. He later fell to SjoW in the loser's bracket after solidifying a top 16 finish.

In the Altitude TL Open 2, Agh finished third, after his run was ended by LaLuSh 0-2.

Agh also competed in the 2010 MLG D.C. tournament, where he made another strong effort. On the start of the second day in the winner's bracket, round 4, he was again matched up with Tyler, but was unable to repeat his previous victory and lost the series 2-1. Agh continued through the loser's bracket until he was knocked out by Drewbie, ultimately finishing the event in eighth place.

Prior to its dissolution, Agh was a member of Lazarus Gaming. On June 20, 2011 Agh joined the new SC2 team Quantic Gaming.[1]

On December 4, 2012, he was left teamless following the collapse of Quantic Gaming.