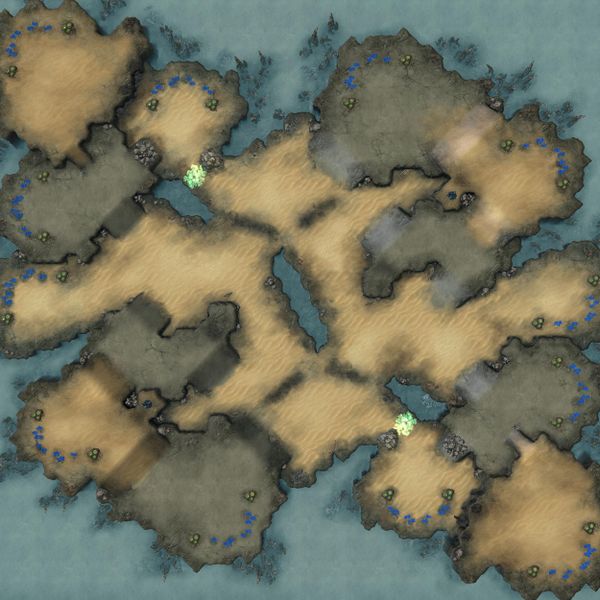 Akilon Wastes is a two-player map that was debuted in the Heart of the Swarm BETA map pool. On February 19, Blizzard removed the 2 central Xel'naga watchtowers.

Start by securing the three easy to protect expansions around your base. Set up your defenses carefully and prepare for a longer macro game, as it can be difficult to play offensively on this map.

Akilon Wastes has no central point. Where Ohana and Daybreak, among others, revolve entirely around holding a central point and then harassing from it, containing your opponent while taking bases, this map has a crevasse that bisects it. Players are forced to take one path or the other, which can sometimes create a positional tug-of-war. There is high ground on either side of the crevasse, allowing players to aim to control the position in that manner. Xel'Naga towers allow players to monitor the fringes for potential drops and other harass. Parade pushing can also be effective here, as the defense angles are very neutral, favoring both attacker and defender in varying ways. Thirds can be quite hard to hold and fourths near impossible against a determined offensive player.