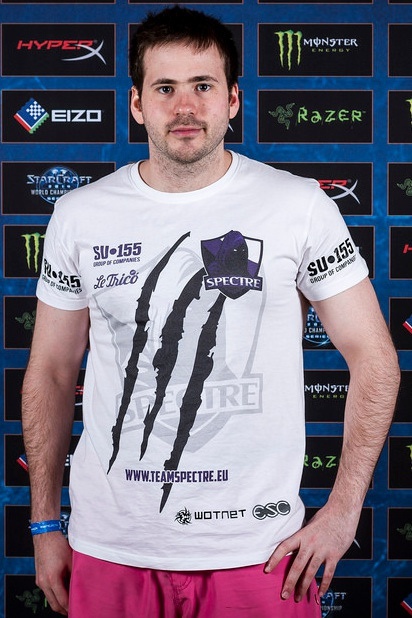 Enrique "AlaStOr" Macias is a Zerg player from Spain, who was playing for Team Spectre, currently teamless.

AlaStOr made a name for himself in the first half of 2012 by placing 1st in the Grandmaster league for a few weeks and managing to reach the second group stage of The Gathering 2012, his first international event, where he finished 3rd in his group after a 2-0 victory against dbs and two losses versus ThorZaIN and MorroW (1-2 and 0-2 respectively).

He was then recruited by Karont3 as a temporary player for their IPL Team Arena Challenge 3 run, where he would show again his value, most notably winning Korean player sleep in a decisive matchpoint.

From May 26 to May 27, AlaStOr participated in the 2012 World Championship Series: Spain Nationals, where he defeated Deathfate, VortiX, and LoLvsxD in order to advance to the sixth round, facing LucifroN. He fell to the losers' bracket after losing to LucifroN by a score of 0-2. In the losers' bracket, VortiX exacted revenge upon AlaStOr, beating him 2-1. As such AlaStOr placed third in the tournament.

After that he placed second in the EU ZOTAC Cup #111 after losing to Revival in the final.

In August 2012, he attended Campus Party Europe, but finished last in his group after losing 2-0 versus HasuObs, SuperNova and Feast. Even though his performance was not satisfying, he was recruited by Team LDLC.com as he left x6tence citing unpaid money.

After a few months of international tournaments inactivity he came back to the spotlight after qualifying for 2013 WCS Season 2 Europe/Challenger, making his way to the final of the second qualifier by winning players such as NightEnd (2-0), HappyZerg (2-0) or TargA (2-1).