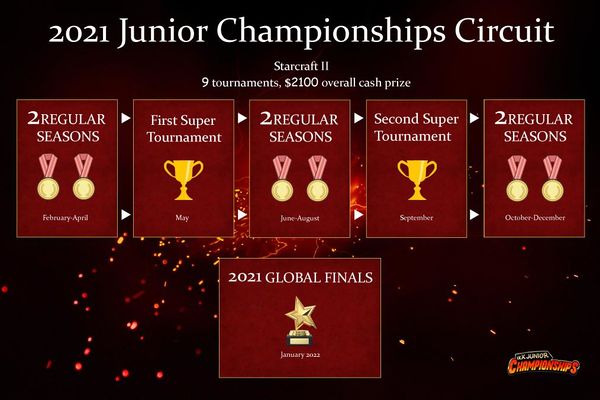 The Alpha X Junior Championships is a circuit featuring young players of 17 years old and under. The 2021 circuit include 9 tournaments for a total cash prize of $2,100. Each tournament grant OSC points as well.


In order to compete, players must be 17 years old or under and must not have earned points in the 2020/2021 EPT Circuit.