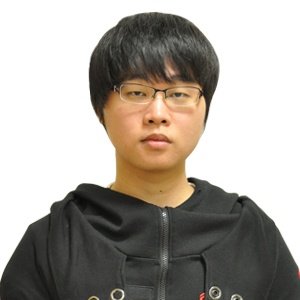 AnNyeong had a good run in the South Korean qualifiers for the World Cyber Games. He made it to the Ro8 before being eliminated 2-1 by Mvp.

In the 2012 GSL Season 1 Code A preliminaries, AnNyeong clinched a Code A spot by defeating Sleep in the finals. He lost to his opponent, Ryung, 2-1 in the first round of Code A, falling back down to Code B.

AnNyeong qualified for Code A again after winning his bracket in the 2012 GSL Season 3 Code A Preliminaries. He was then eliminated in the first round of Code A in a 2-1 loss to Sniper, once again falling to Code B.

He is also regularly sent out by Prime in team leagues.

On July 12, 2012, It was stated in an interview that AnNyeong left Prime and retired from professional StarCraft II.[1] On May 29, 2013, he was stated as being part of the Prime roster again, returning to competition.[2][3]

On October 13, 2011, AnNyeong participated in the ESV TV Korean Weekly Season 1 Weekly 12. After taking down asd, Shine, TAiLS, CoCa, and ForGG, he advanced in to the finals to face TaeJa. He was not able to advance any further and lost to TaeJa by a score of 0-4 and ended up taking second place.