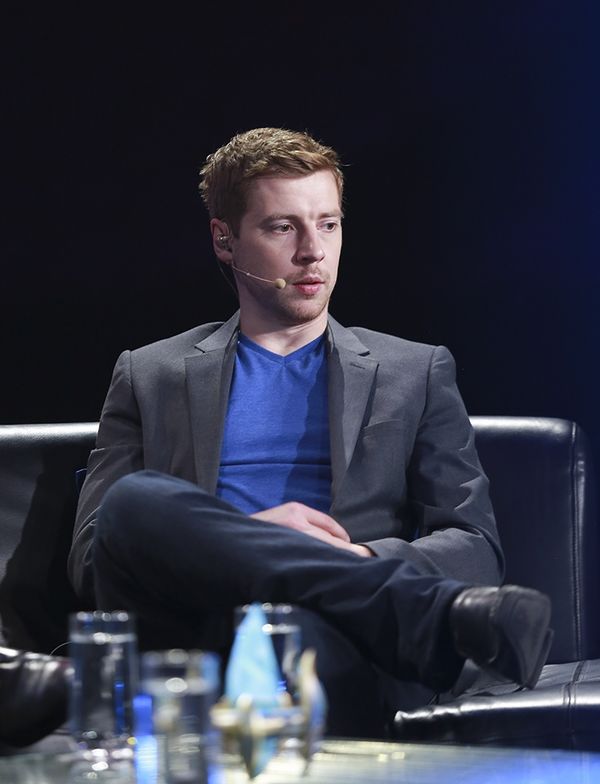 Shaun "Apollo" Clark is a Random player from the United Kingdom. He is also, arguably, one of the most experienced people in the casting scene, having commentated major events such as IEM Season V - Global Challenge Cologne, DreamHack 2011 Stockholm Invitational, ASUS ROG Summer 2011, and IPL Season 3. He currently lives in The United States working for ESL.

Apollo switched over to StarCraft II shortly after the release of Wings of Liberty and initially played as Terran but eventually switching over to Zerg. Later, he switched to Random to improve his casting and coaching.[4] Since then, he has become a fixture in ESL's Europe-based division, including WCS Europe and Intel Extreme Masters tournaments.

From the first day of the beta Apollo played as Terran, his race in Brood War. He played all day every day until he moved back to Korea for the summer of 2010 to live with Tasteless. He spent his time there talking StarCraft II every day with IdrA, Artosis, and his roommate.[5] Tasteless influenced Apollo to begin commentating and he applied for the position of Day9's co-commentator at IEM Season V.[6]

Apollo started out the release of the game playing Zerg, playing at a high level but never winning tournaments. He played in the Multiplay UK i40 LAN event taking third over future notable and future team mate BlinG. He ultimately switched to Random to assist in his casting knowledge[4] and is currently ranked in the region of Grandmaster for Random and Zerg.[7]

Apollo started to gain fame when he co-commentated the IEM Season V - Global Challenge Cologne alongside Day[9]. He also co-casted alongside Day9 on Screen 1 of DreamHack Summer 2011. He gained this job through the assistance of 2GD who recommended Apollo to DreamHack.

He later commentated with TotalBiscuit at the Multiplay UK i40 LAN event in the UK and they frequently work together as a matter of course, securing event bookings as a commentary team. Some of their most notable events have included The SHOUTcraft Invitational, ASUS ROG Summer 2011, Multiplay UK i43,DreamHack Valencia 2011 and Iron Squid – Chapter I.

He casted DreamHack Stockholm 2012 alongside iNcontroL and Wolf.

Apollo was announced as a caster for The GD studio casting events such as their Arena tournaments.[8]

On June 19, it was announced that Apollo was hired by ESL and would be moving to Germany to work for them full time and cast WCS Europe.[9]