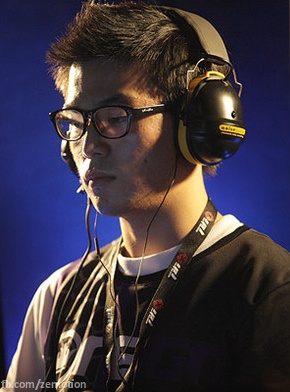 Artist was previously a member of fOu, but left before fOu was acquired by FXOpen eSports. Soon after this, Artist started streaming as a way to gain publicity.[1] As a result, he was quickly picked up as a new member of Team ReIGN on August 11, 2011.[2] Artist all-killed Vile Gaming in Week 4 of the IPL Team Arena.

In October, Artist competed in his first offline event, IGN ProLeague Season 3, as a competitor in the open bracket where he made it through to the championship bracket. There he was defeated by IdrA, 0-2, and eliminated from the tournament. After IPL 3, Artist began training in the Team ReIGN team house.[1]

Artist's next event would be a week later at MLG Orlando 2011's open bracket where he beat Destiny before getting knocked to the loser's bracket by White-Ra. There he would beat several more opponents but be defeated in round seven by ChAnCe, ending his run.

In November, Artist played in MLG Providence. He made it through the Open Bracket, only losing to MajOr before he advanced. He defeated dde and TLO 2-0 before falling to BoxeR 1-2. His performance earned him 22nd overall. He joined Eclypsia on April 1, 2012.[3]

It was announced on SLoG's Twitter on May 12, 2012 that Artist had left Eclypsia along with his teammates Scarlett, SLoG and desRow.[4]

On January 3, 2014, Artist announced on his twitter that he would be doing his military service.[5]