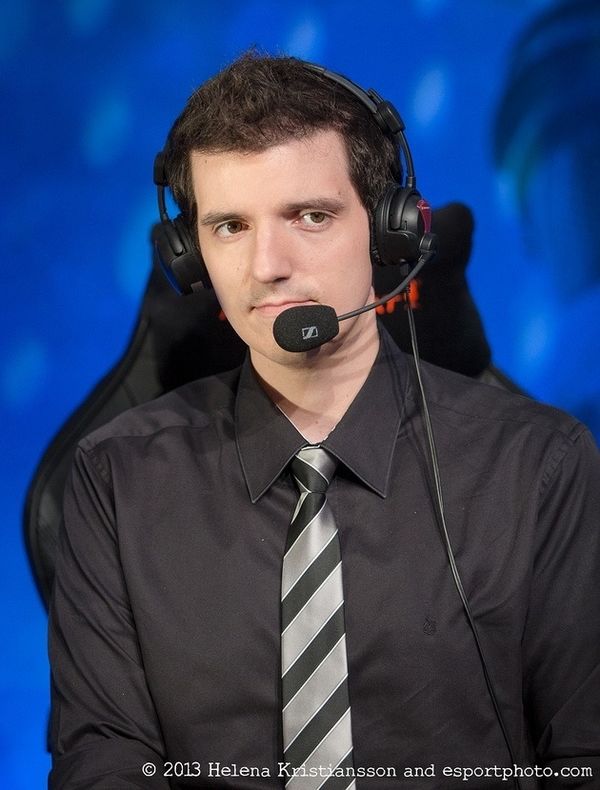 Daniel Ray "Artosis" Stemkoski is a former StarCraft II and Brood War player, former manager of Sixjax Gaming and well-known commentator from the United States, currently residing in Seoul, South Korea. He is best known for commentating the GOMTV Global StarCraft II League main event alongside his co-caster Tasteless. He is a deeply respected member of the StarCraft community, and is one half of what is widely considered to be the best casting duo in all of esports, Tastosis.

Artosis offers video insight into the GSL and GOMTV via his YouTube channel, including, but not limited to, interviews with all the foreign players who attempted to qualify for the GSL during the open seasons. He streams both StarCraft 2 and StarCraft Remastered gameplay on his Twitch channel as well.

Throughout the beta and continuing into the official release, Artosis was a vocal critic of Blizzard's race balancing decisions, asserting that they had severely weakened Zerg against the other races.[1][2] 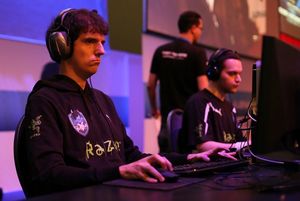 Artosis continued to actively play after launch. His gameplay is characterized by an extremely safe, economical and passive style. He strongly dislikes cheese and/or all-in gameplay.

His first achievement came as a 3rd/4th-place finish in the IEM US Regular Season Cup #2 which gave him a spot in the IEM Group Stages and a chance to qualify for the IEM Season V - American Championships. On top of this, Artosis traveled to Germany as one of the 10 invitees to the IEM Season V - Global Challenge Cologne, the first major live StarCraft event in Europe.

Artosis qualified for the GOMTV StarCraft II Open 1,[5] but lost in the round of 64 against FreeSaGa, 1-2.

Playing Zerg throughout the beta, Artosis switched to Protoss in January 2011,[6] although he was known for having a hatred for the Protoss race in Brood War, especially the Dark Templar unit.

On January 16, 2011, MYM announced that their SC2 roster would be reinforced, albeit leaving Artosis as an inactive member of the roster for the remainder of his contract.[7] On February 24, Artosis announced via a Twitter post that he had left MYM.[8]

Artosis maintained his desire to continue as a player, being picked as the coach for the World All-Star team for 2011 GSL World Championship. Despite ultimately losing, he helped the foreigners to a surprisingly strong 7-8 finish against the South Koreans. In addition, he applied and was accepted as one of the 50 invitees for the North American Star League. He was placed into Division 1, which he finished with 1-8, only winning his match against Grubby. He returned to cast the Grand Finals in Ontario California alongside Tasteless, iNcontroL, Gretorp and Day9.[9]

On March 31, 2011, Artosis announced that he would be taking up the role of team captain for the North American organization Sixjax Gaming.[10] He remained captain until they disbanded on September 16, 2011.

On April 24, 2013, Artosis hosted the first episode of Meta, a show conceived to focus on StarCraft II strategy and current trends in the way the game is played.[11]

He operates a very popular stream on Twitch TV, where he showcases his play and thought processes on the Korean ladder.