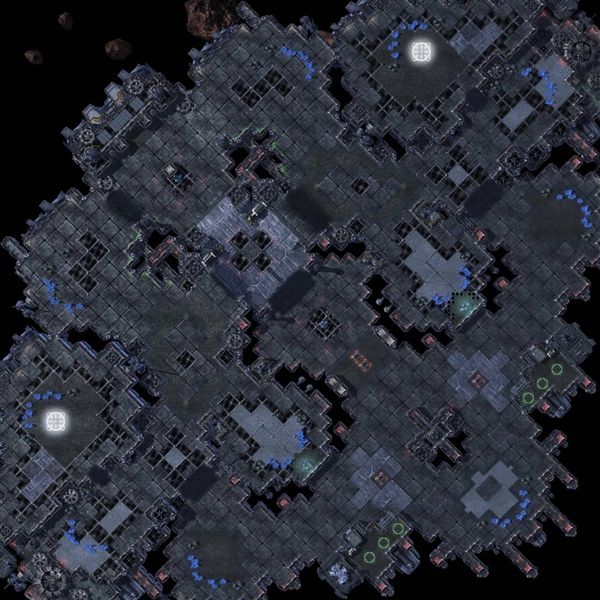 This map has one of the largest rush distances in any map pool. This allows for many players to go for greedy expansions and upgrade timings. Some players meta-game this map and do a proxy to punish greedy play by negating the long rush distance. This map has also seen a lot of mech play by Terrans. This map is favorable for mech play as there are a small number of attack paths, depending on which bases you expand to. In addition the long distances in this map allows you to take some map control and reposition your slow army as required. Another common style on this map is air, from all three races. Air play is quite strong as the air distances are much closer than by land, PvX sees Phoenix play, TvX sometimes sees Banshee play, and ZvX also favor Spire play on this map. The more central base with three Vespene Geysers can be sieged from the low ground, however only the extra, rich, Vespene Geyser is at risk.

The map does not call for a single true path of expansion. You can either do it from your main and natural and just continue along the edge of the spaceship - or alternatively take the pocket 3rd and make a cluster with the 3gas-expansion and the 5th close to your main by air.