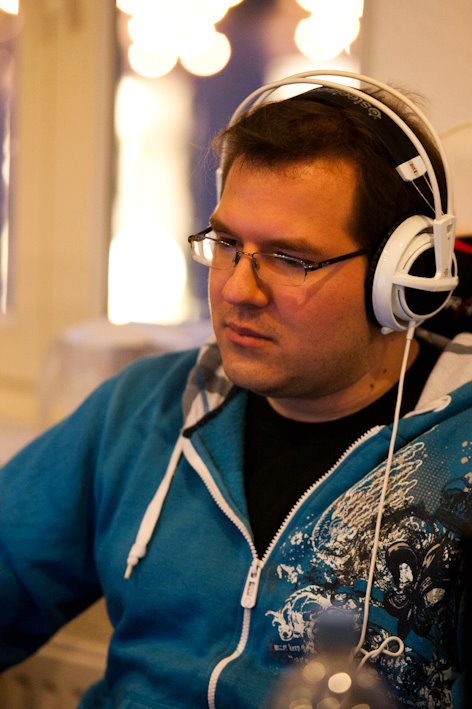 Attero has a very subtle background in StarCraft: Brood War and Counter-Strike. He is known for using Random for the entire StarCraft II: Beta and for his stream and coverage of HuK, a former teammate in VT Gaming.

Attero defeated qxc in the Canada vs USA event to start Canada off with a 1-0 lead over USA.

Attero made his debut on the LAN scene at MLG Dallas 2010 where he met Slush in the winner's bracket, round three, and chose TvZ as his match up. He lost 1-2 to quick Brood Lord rushes and very solid defense, and ended up losing to HayprO in the loser's bracket shortly thereafter.

In November 2010 Attero decided to choose a race and picked Protoss, which, at the time, was not doing too well in tournaments. He played Protoss in StarCraft: Brood War and strongly believed that they have the most potential to be challenging and display a large number of strategies.

The first major achievement as Protoss was getting to the final twice at a local LAN tournament in Quebec, the Skyzo Cup where he met his teammate and soon-to-be PvT rival AlexCMoi from Dream Vision Gaming. After that he won a series of online tournaments such as ESL Go4SC2 Cups and a US US.CraftCup.

Attero had a notable second place finish in the JTV Invitational #2 taking out players such as GoOdy, NGry, Kas, mOoNan, Minigun and Brat_OK and then falling to Socke in the final.

In December Attero surprised many viewers with his successful run in the HomeStory Cup #4 US Qualifier, beating players such as WinDy and KawaiiRice, only losing the finals to South Korean progamer viOLet. This qualified Attero for the HomeStory Cup #4. He was eliminated 1-2 in first group stage, winning against Adelscott but losing against DIMAGA and ReaL.